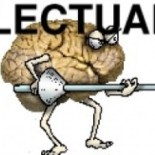 Tim Wise’s 1999 essay about the depths of racist conditioning packs a wallop. And there’s a fine distinction here –

Then once we’re through feeling bad for having been sucker-punched by racist conditioning like everyone else, then please, let us learn to forgive ourselves. Our guilt is worthless, though far from meaningless. It has plenty of meaning: it means we aren’t likely to do a damned thing constructive to end the system that took us in, conned us, and stole part of our humanity.